It contains plenty of news and information on the latest planned events including:

The Fair Trade and Eco stall has moved from MHMCHURCH to our house! ( Hopefully back to normal when the church building is open again.

In the meantime, you can buy items and I can deliver on my daily walks - or you can collect from our place. The list of what’s available is on the photos below.

Harborough Hygiene Bank was set up in late June this year, to help ameliorate the effects of hygiene poverty in Harborough district. With the end of the Furlough scheme, it is expected that more people will find themselves in the situation where they are making very difficult choices between paying their housing costs, their utility bills, feeding themselves and their family, and keeping themselves clean.

The following places have Donation Boxes where people can place their donations.

Our email address is thbharborough@gmail.com

For specific enquiries and information, The Co-Ordinator is Judy Rowley, who can be contacted at the thbharborough@gmail.com address and on mobile 07958 059440

The local authourity, Harborough District Council, initiated negotiations with the managing Housing Group to agree to demolish 30% of the complex simply to gain access to develop a small plot of land. Manipulation of the truth (I'm not allowed to call them 'lies' - so don't mention this problem until you've seen the web-site of 38 Degrees). Suffice to say that appalling management behaviour can be clearly shown with inducements also offered by the local authority. They can now no longer afford the development costs, so they wish the Housing Group to buy their land and carry out the development for them.

The proposals are felt totally inappropriate for the area. There is no provision for the replacement of the social and sheltered housing nor retention or replacements of the community amenities - Communal Lounge, Warden's Office and Community (Centre) Hall that previously served both tenants of the complex and the surrounding community.

Since May 2018 a small group of supporters has lobbied the local authority and the managing housing group to very little avail. It appears that 'the powers that be' are assured of this Planning Application going through regardless of overwhelming numbers of objections.

The treatment meted out to tenants 'forced' to move has been appalling. The total disregard of the local pressures being placed on local services such as schools, social care and health - let alone already over-crowded narrow streets where traffic flow is sometimes impossible - adds up to madness.

This campaign means a lot to me and the more support we can get the better chance we may have of stopping the scheme.

You can read more and sign the petition here: Battle for Naseby Square 2020.

Thank you, and God bless,

This year's Ability Sunday, Livability's annual event to celebrate inclusion in the Church, highlights the story of the road to Emmaus, found in Luke’s Gospel. The disciples we read about had to make on a journey they weren't expecting to take. They were setting out weary, downcast, and uncertain of the future.

This week, today, are you setting out weary? Think of an aspect of life where you may be feeling particularly deflated, worn out, or running on empty.

Make a note of everyone you ‘encounter’ in a week - this can be in person and online. It could include friends, family, colleagues, people we know well and those we know only in passing.

In the Gospel, when the disciples recognise Jesus, he immediately disappears. They get a glimpse of Jesus. This changes everything. Who might we get just the briefest glimpse of Jesus in our interaction? A delivery person? A supermarket worker? Someone we pass in the street? Look again at the list you have written of your recent interactions and commit each of these people to God in prayer.

As you think about these weary disciples, you can remember that God walks with you, even at your most dejected. This knowledge may not translate to having a spring in your step, but you can be confident that Christ travels alongside us, in every season of life.

Sight Loss Friendly Church (SLFC) are providing some free 30 minute SLFC Taster sessions on Zoom for churches to find out more about SLFC including all the benefits of this free resource, meet the SLFC team and ask questions. They currently have sessions planned for 29 & 30 September and 27 & 28 October. If anyone would like to find out more visit sightlossfriendlychurch.org.uk or to book a place email SLFC at torchtrust.org.uk.

I would like to highlight the information below and that the rice will be available at the Farmers Market on The Square, MH on Thursday, September 3rd. Also that I can deliver if people are unable to get out and about (tel. 01858 440988 or 07910 073436).

There is work going on to see if we can have a limited Fairtrade/ Eco stall in church at MH but this is not available just yet.

A few weeks ago I cringed when I first heard the words ‘Leicester leper’ used in a news report. However, I was very pleased to see that the National Director of The Leprosy Mission, was swift to respond and has written to UK national newspaper editors and the BBC in a bid to stop them from using derogatory language to people affected by a 21st Century disease.

Since the outbreak of COVID-19 we have witnessed a proliferation of the word ‘leper’ used in the media in connection with the virus. Following the government imposing a lockdown on Leicester, the press was littered with the phrase ‘Leicester leper’, the unfortunate alliteration tragically bolstering a catchy headline and soundbite.

National Director, Peter Waddup, described the word 'leper' as outdated, derogatory and stigmatising to the millions of people today affected by leprosy globally.

He said: “It is associated with fear and being an outcast. It reduces a person to merely a disease and increases the stigma around leprosy, something we work tirelessly to counter.

“I do obviously realise the media’s intention isn't to stigmatise people affected by leprosy. It is to describe the alienation a person feels because of coronavirus. However references to 'Leicester lepers' only serve to perpetuate the age-old prejudice millions endure today because of leprosy.

“There might be only a handful of people diagnosed and treated with leprosy in the UK each year that would know the hurt this causes. But we are part of a global society where leprosy, although treatable, remains a huge problem.

“I have met too many people who have unnecessarily suffered terrible physical disabilities and the huge emotional hurt of being rejected by their friends, family and community. This is all because of leprosy and the prejudice surrounding the disease which the word ‘leper’ only goes to perpetuate.”

The UN’s principles and guidelines for the elimination of discrimination against persons affected by leprosy, published in 2010, states the use of the word ‘leper’ should be removed from government publications and for the media to portray people affected by leprosy with dignity. The same year the BBC’s journalist style guide was amended to include that the word ‘leper’ should not be used in reporting. Yet the pejorative term ceases to be omitted from all BBC content.

Peter said: “Only by fighting against the use of this pejorative term globally can we begin to rid the world of leprosy. Stigma undoubtedly remains the greatest barrier preventing people from coming forward for treatment.

Do have a look at the web site www.leprosymission.org.uk/latest-news where you’ll find among other news items, an article about Victoria Hislop, author of The Island and ambassador for the work of The Leprosy Mission; an inspiring account of the interfaith network in Sri Lanka, established by The Leprosy Mission in the aftermath of the 2019 Easter Sunday suicide bombings; and positive news that lessons learnt from COVID-19 in India have shone a light on the spread of disease in city slums that could lead to leprosy rates being slashed ‘as bad as COVID-19 is, if it means action is taken to improve the living conditions and health of millions of people in Mumbai, at least it will not have been in vain’.

I received the following email from Imogen just after I had returned from an optician’s appointment in Market Harborough, where my eyesight had been thoroughly examined using a variety of state-of-the-art equipment.

‘Thank you for your prayers and support for Chandkhuri Hospital. Dr Elkana and all of the hospital staff are so grateful for your help, but there is still an urgent need for equipment. Our staff are worried about how they will meet demand when the coronavirus pandemic is over. Without the tools they need, our team won’t be able to give patients vital eye operations at the hospital.

The nerves around the eye are often damaged by leprosy, which can prevent the eyelids from blinking and lead to blindness. But with essential equipment like an ophthalmoscope, our team can examine the eye and save the sight of a person affected by leprosy before it’s too late.

Your support today could make this possible. If you and 12 others like you give just £25, you could fund an ophthalmoscope, providing sight-saving treatment for thousands of people. You can give these people hope for a future not limited by leprosy.

Please visit our web site today to give people affected by leprosy the eyecare they deserve.

We all receive many calls to support so many good causes that are dear to us, but if anyone would like to support the purchase of an ophthalmoscope, with any contribution, please let me know in case we can raise sufficient to fund one together from the Circuit. Thank you. Kathy Morrison (kmm12 at hotmail.com) 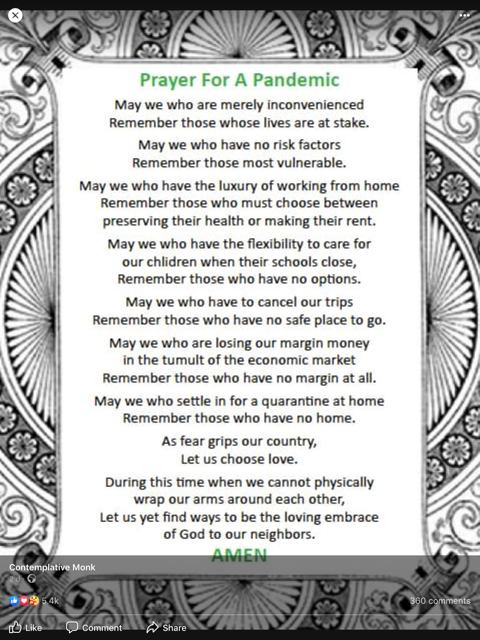 Warm greetings and a very big thank you for your support for the Methodist church.

For your information we have been given permission by our government to open our churches since three weeks ago.

Services have started though some of our members are yet to see others going to church for fear of covid 19. However the cases are now going down and since the coming of covid only 67 deaths. The attendance in church is by strictly observing all the covid guidelines.

With regards violence there has not been any serious incident yet. There is a relative calm for now. Our schools have been opened only for those who were to sit exams. The primary schools have their NPSE Which is the NATIONAL PRIMARY SCHOOL EXAMINATION on Monday 3rd August 2020.

The form three in secondary school and SSS3 are awaiting to take their own exams very soon after which the schools will be opened for all school going children. We are thankful to God since the opening of schools we have never had any case from any school yet. We hope and pray that nothing will happen to our children.

We have rescheduled our Conference in October to take place in Kenema with a limited number of members and is going to be only for two days. Only some major issues that will be discussed such as stationing and probationers etc.

We have also done some restructuring in the office. We have retired our Director of administration and the Accountant also will be leaving at the end of this month.

We have now employed one personnel who will now take over the two positions, the Director and the Account department. Always remember me in your prayers.

Once more I thank you very much for your help.

Stay safe and be blessed.